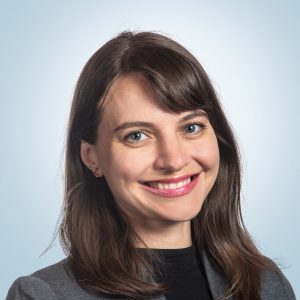 Rachel is a veteran labor communications professional and campaigner, with a decade of experience leading top-tier campaigns in the labor movement and progressive politics.

Rachel cut her teeth on political campaigning, running marquee political races across the country, including in battleground districts in Nevada and Wisconsin. In 2014, she left the campaign trail to join AFSCME International as a Political Action Rep, serving as principal lobbyist for the IU in multiple states and driving all campaigns, legislative, and lobbying efforts in Arizona and Nevada. Her successes there included managing a successful “Vote No” campaign on a citywide ballot measure in America’s fifth largest city, beating back paycheck deception and other ALEC legislation, multiple legislatures in GOP controlled chambers, and serving as the statewide data director on a top-tier AFL-CIO coordinated gubernatorial campaign.

After this, Rachel went on to serve as National Press Secretary of UNITE HERE, where stories she personally pitched secured more than $300 million in earned media coverage for the union within her first year in that role. During her time leading UNITE HERE’s national press work, she regularly worked on the record as spokeswoman with major outlets including The New York Times, the Associated Press, The Washington Post, the Guardian, and dozens more, piercing the NYC/DC media bubble with stories centering around low wage immigrant union workers and challenging billion dollar private sector employers.

Her successes include securing placement of multiple union members in an hour-long ABC Diane Sawyer special on sexual harassment, leading all national and key market press work for the largest hotel strike in American history for the 2018 Marriott strike, and successfully pitching TIME Magazine the stories of three courageous hotel housekeepers, who were later named TIME’s 2017 Person of the Year: Silence Breakers.

Following this, Rachel went on to serve as communications director for one of the largest nurses’ unions on the West Coast, where she developed a departmental focus on racial equity in health care and drove rapid response and crisis communications to the global COVID-19 pandemic.