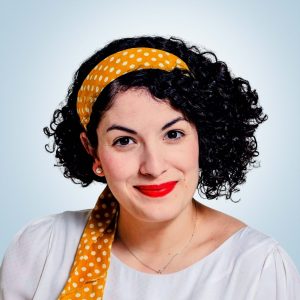 Nicole is a long-time political and social justice advocate. With a background in film and communications, she strives to make a positive societal impact through media.

Since joining 617MediaGroup, Nicole has worked on projects that combine her skills in writing, graphic design, and film production. Nicole also has a keen eye for photography and provides clients with expert jobsite and event photos.

Prior to joining 617MediaGroup, Nicole worked as the digital communications manager for a construction project management software company, PMWeb, where she managed the company’s website, marketing, SEO, and much more. This experience gave Nicole a unique perspective on the work done by many of our building trades union clients.

Prior to her work with PMWeb, Nicole was an independent producer and filmmaker specializing in social and political satires. She provided communication and video production support for a wide range of organizations including the Bay Area Adult Soccer League, the Center for Ecoliteracy, and Soccer Shots.

Nicole has volunteered for organizations such as Amnesty International, Represent Us, and Voter Choice Massachusetts, and she earned a Bachelor of Fine Arts from the Academy of Arts University, where she focused on Writing and Directing for Film and Television.