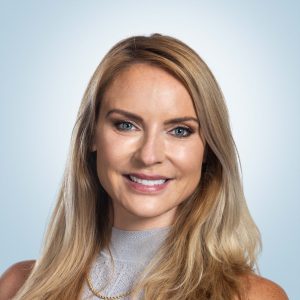 Jaclyn, Managing Director of 617MediaGroup, is a veteran public relations strategist with 20 years of experience designing and driving some of the nation’s most impactful progressive communications campaigns for clients including the “Fight for $15”, Freelancers Union, #GivingTuesday, Communications Workers of America (CWA), the Alliance for Safety and Justice, and the campaign to keep Walmart out of New York City.

She was selected as one of City and State’s 40 Under 40 Rising Stars for her work amplifying global social movements, successfully challenging Fortune 500 companies, and winning real results for everyday families.

At 617MediaGroup, Jackie is proud to advise social justice and workers’ rights champions, and to guide organizational and staff growth to ensure further victories and quality results in support of her clients’ missions.

She also served in the ARMY Reserve Officers’ Training Corps.