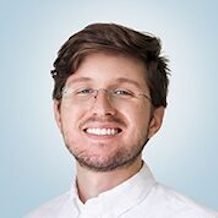 Dan is an award-winning video producer and photographer with a passion to affect social change through film and the visual arts.

As Creative Director of Video at 617MediaGroup, Dan creates inspired video content for commercial, industrial and educational sectors. He produces, shoots, edits, collaborates and captures stories through video that win campaigns for our clients and tell stories simply, with impact.

As a freelance producer prior to joining 617MediaGroup, he specialized in creating short-form content for local grassroots organizations and nonprofits, as well as serving as assistant editor, contributing director of photography and associate producer on a number of public television, documentary and educational projects. Also, Dan’s 2016 documentary on the Fight for 15 Movement in Massachusetts, A Living Wage, was shortlisted for the BAFTA US Student Film Award and shown at dozens of film festivals internationally as well as local schools, churches, and community groups.

Dan is an alum of Emerson College and the Denver Film Society’s Young Filmmakers Workshops.