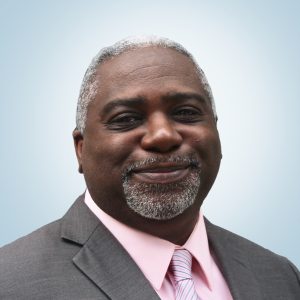 Jason Johnson is a public relations expert and former journalist with more than 25 years of experience covering housing, local and national government, and criminal justice issues.

As a Vice President at 617MediaGroup, Jason is among the firm’s lead copywriters, helping our partners to frame and relay their messages in terms that make an impact in the public sphere.

Jason began his professional career as a staff writer with The Dallas Morning News, then returned to Boston to write award-winning stories for The Boston Herald, such as an in-depth look at how local ministers were banding together to fight crime in their city.

He then joined the staff of The San Francisco Chronicle, where he covered the San Francisco Housing Authority, City Hall, and the demographic trends transforming the Bay Area on multiple fronts, crafting in-depth series on Hurricane Katrina, the economic challenges buffeting the middle class, and the burgeoning environmental justice movement.

After 20 years as a reporter, Jason pursued a Master’s Degree in education and taught at the high school level for two years and at the college level for a year, a desire spurred by the many years he spent mentoring young people and directing a high school summer journalism program. He then returned to journalism to be assistant managing editor at a Minnesota daily newspaper.

Jason returned to Boston to serve as deputy press secretary with the MBTA, responding to daily emergencies, as well as arranging public meetings and interacting with local officials and community leaders.

He then took on the role of communications director at uAspire, a national nonprofit dedicated to helping high school students navigate the financial aid process and pay for college, raising the organization’s public profile and developing strategic communications plans.

Jason grew up in Boston’s Roxbury neighborhood and graduated from Howard University with a bachelor’s in journalism and a minor in political science.