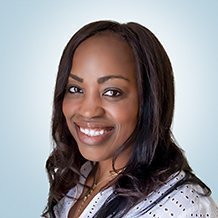 With deep expertise in education, environment and social justice issues, Catharine joined 617MediaGroup from Cruise Lines International Association (CLIA) where she served as Director of Public Affairs and helped to develop and build consensus for the first-ever, industry-wide carbon reduction goal. Catharine created a stewardship model for port destinations resulting in increased engagement in key European ports while marshaling a relationship with the City of Dubrovnik resulting in an historic private-public partnership with the cruise industry.

Previously, Catharine worked at Burson-Marsteller in its Washington, D.C. office where she served as Manager of Public Affairs. While at Burson, Catharine managed campaigns that delivered optimal performance while preparing organizations for potential issues through vulnerability assessments, counseling them through crises and implementing reputation management tactics aimed at improving brand image.

Her clients while at Burson included VF Corporation (owners of The North Face), Dow AgroSciences, Bayer CropScience, Golden Corral, Washington Gas, Burt’s Bees, King’s Hawaiian, Intel, Ford and many more. Now, Catharine is excited to be applying her private industry experience at 617MediaGroup for the benefit of key social causes and advocacy groups.

From 2010-2015, Catharine held various roles at Porter Novelli’s Atlanta and Washington D.C. offices. She managed multi-million dollar projects, including the Centers for Disease Control and Prevention (CDC) campaign to educate parents, teachers and health practitioners about the signs of autism in children.

Catharine graduated from Auburn University with bachelor’s degrees in Public Relations and Marketing, and is currently pursuing her MBA as a part-time student at the University of Maryland’s Smith School of Business. Additionally, she is a member of The Wing and the Junior League of Boston.