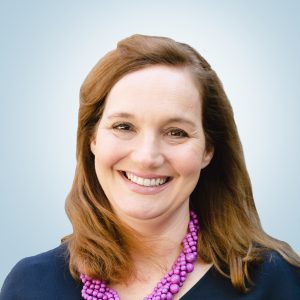 Alex served as Governor Deval Patrick’s Director of Communications in the Executive Office of Administration and Finance where she led a series of strategic communications campaigns focused on expanding health care and early education initiatives to better serve the Commonwealth’s most vulnerable communities. She has held strategic communications roles for political campaigns on both the local and national level, including Vice President Al Gore’s 2000 presidential race, U.S. Senator John Kerry’s re-election campaigns, and numerous Congressional races.

In 2006 Alex founded Zaroulis Communications, where she led successful communications campaigns on marriage equality, women’s rights in the workplace, and patient safety.  Earlier in her career Alex worked at several of Boston’s top PR firms, leading strategy for clients such as the Massachusetts ACLU, The Boys and Girls Club of Massachusetts, the United Way of Massachusetts Bay, and Caritas Christi Hospitals.

Alex began her career as a producer for “Monitor Radio,” the broadcast edition of The Christian Science Monitor. Alex graduated from Syracuse University with a bachelor’s degree in Political Science, and received her Master of Science in Broadcast Journalism from Boston University’s College of Communication.